We will be playing on the US based server Darkhaven.

Guildname: "The Gods That Failed"
PM Jwplayer01 for an invite.

Sad thing is...I preordered to play this weekend and found out I have to move some stuff to north carolina. FML!

Almost time to crack some skulls!

When's the releese date? I need to get my pre order in soonish.

Get your preorder in now so you can play in the beta this weekend!

c12095 said:
When's the releese date? I need to get my pre order in soonish.
Click to expand...
There's no official release date but on EB games it said you could get it on September 7th Idk if thats with the three day head start or not.

@Kainzo
Help me kain, I'm so lost and ever so alone

This be bullshit. I'd better be able to play on the beta this weekend or tables will be flipped.

I've created the DH guild. Feel free to invite me to a party. Just invite "Anastrianna" or send me a tell and I'll invite you.

Servers are down for like 30 minutes... hopefully performance fixes

How's GW2? Is it everything we expected and more?

I have really been enjoying it. I've gotten to level 11 so far and I'm really enjoying the dynamic world and group events that reward you based on your input... especially because I'm an elementalist and I own balls

I've been doing personal story stuff with Kainzo as well, since we inadvertently chose the same background story.

I dislike the overflow for zones, because there's no control over whether you're with your party or not, but I can't imagine they'd leave it like that. And I also dislike that there is no 1st person; the detail in the game is absolutely amazing and you can't really get a good look at all of it in 3rd person. And lastly, there is no widescreen optimization, but to be fair most games don't have this... as it's not really common for MMORPG gamers to have a high resolution (4800x900/5960x1080) as it really only has a benefit for FPS games. ^.^

That being said, playing an elementalist... or any class... the combat is really great. You have different skills based not only on your primary weapon, but off-hand weapons as well. I'll post some screen shots tomorrow. But I've really been enjoying it.

The crafting system is also very well done. It's a less "hardcore" version of Vanguard crafting. You have to make individual parts for weapons and necklaces and rings and such, but it's very easy to understand and while it does take a lot of time, it's well worth it and a very lovely system. You actually discover new recipes by experimenting, which is a really fun addition.

I'm impressed with what I've seen of the game so far. I've been playing literally non-stop since I got home at 1pm, and I've only discovered 2% of the world. And I'm pretty far along with a good bit of the Human starting area. I'm really looking forward to seeing the last two races and other implementations. It's getting hard to keep my hopes low... 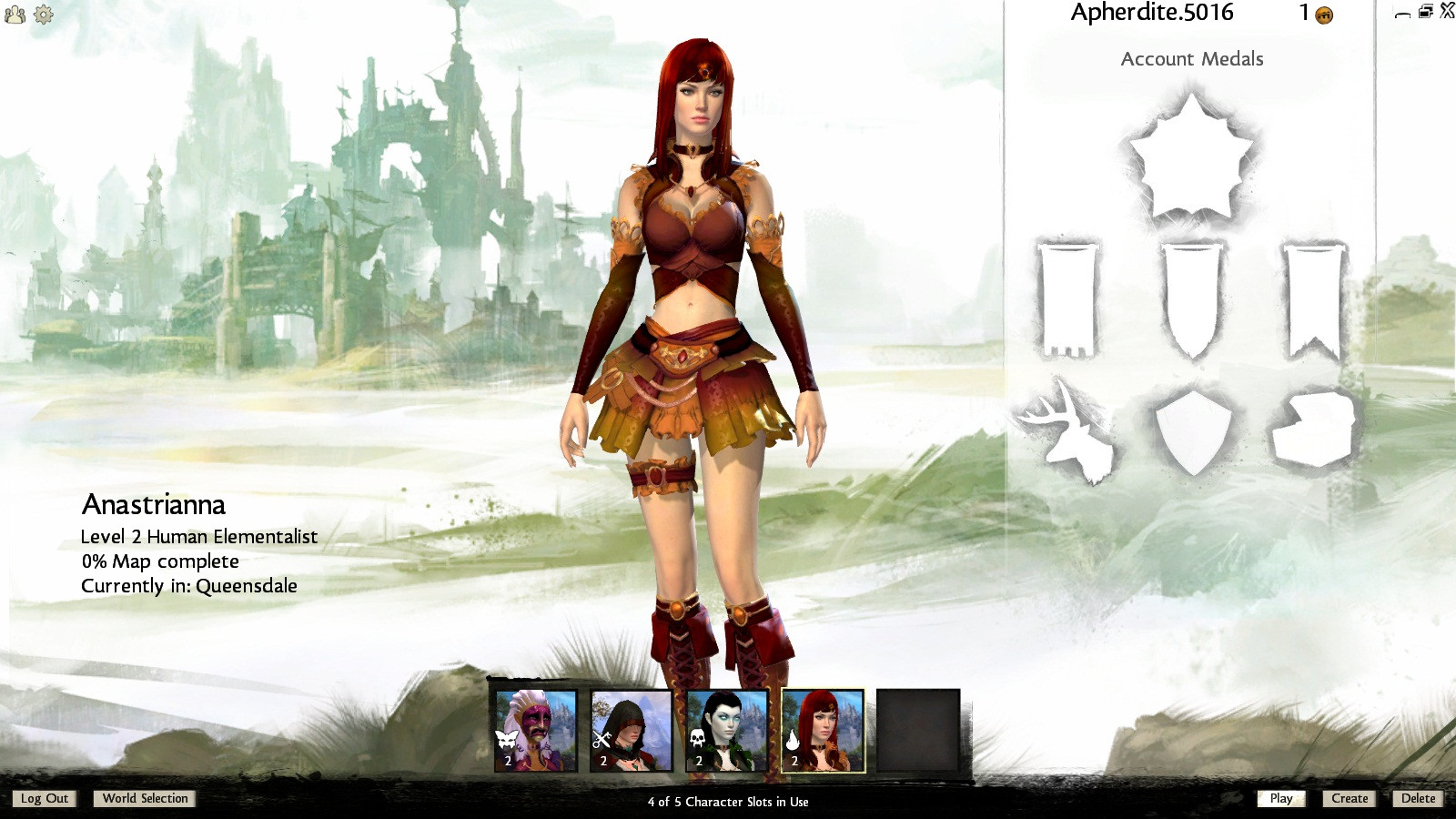 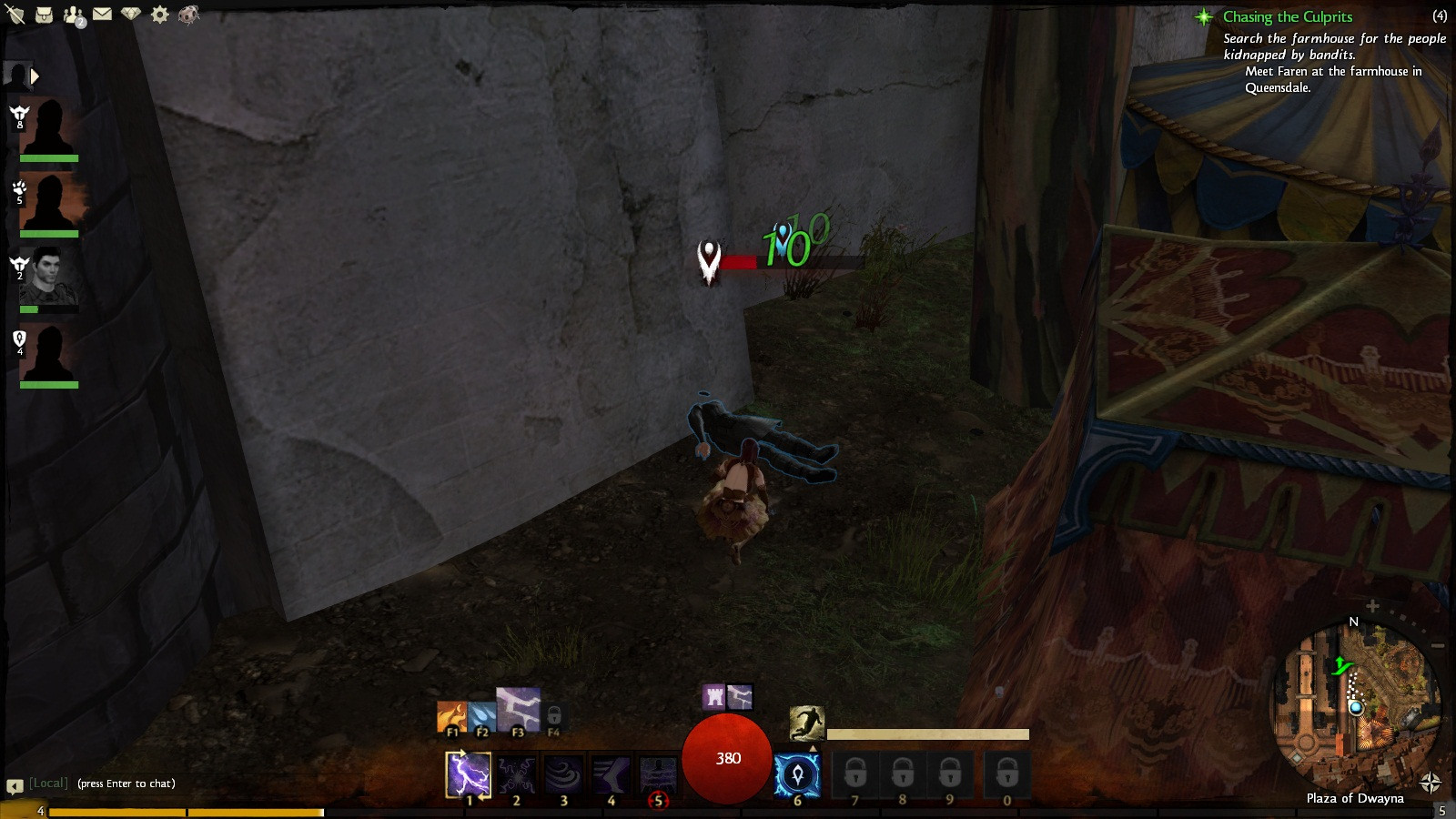 Me resurrecting derpy-bags (Kainzo) after he jumped off a ledge and killed himself. 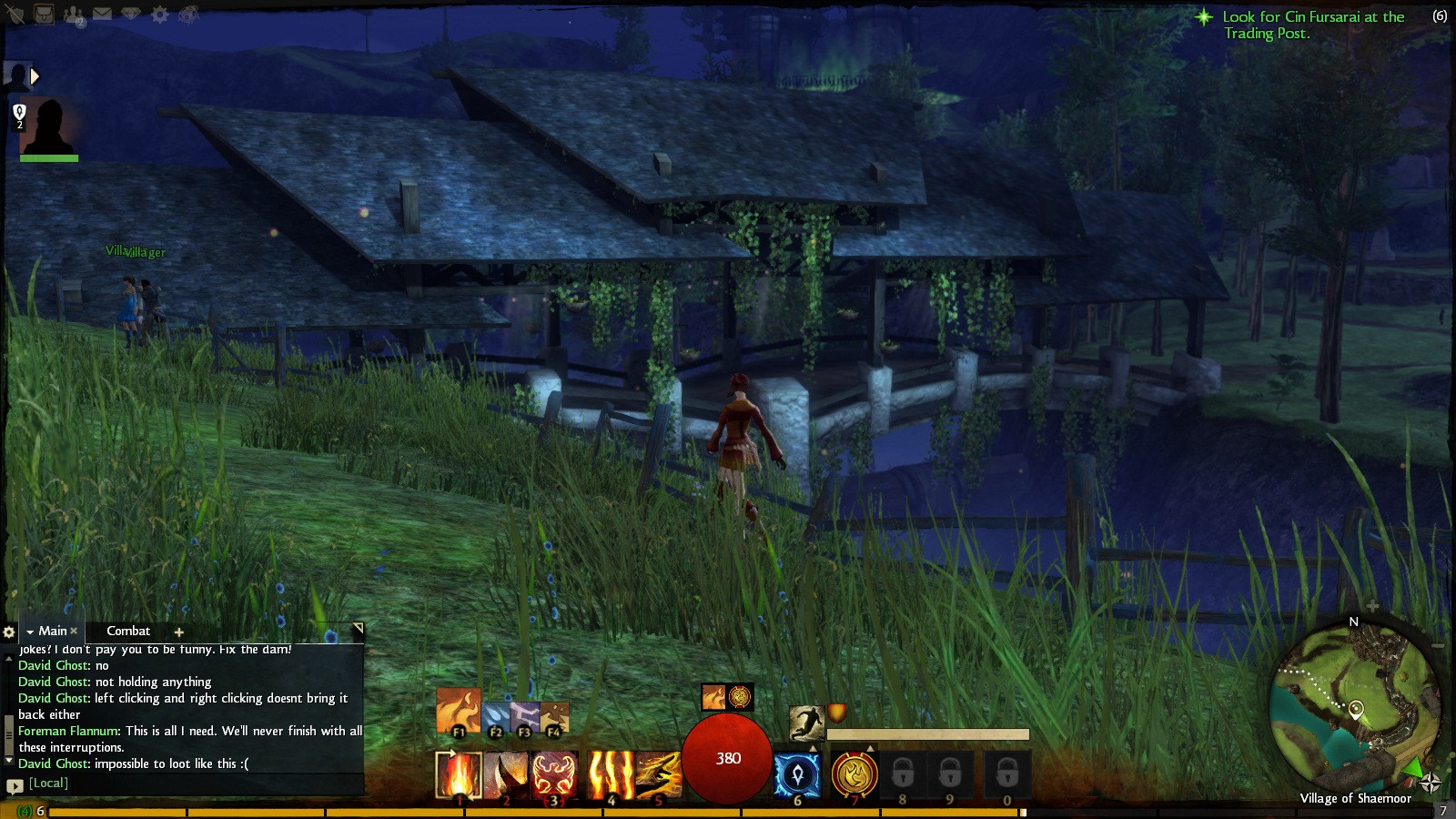 Some lovely scenery of the Human starting town of Queensland: Village of Shaemoor. 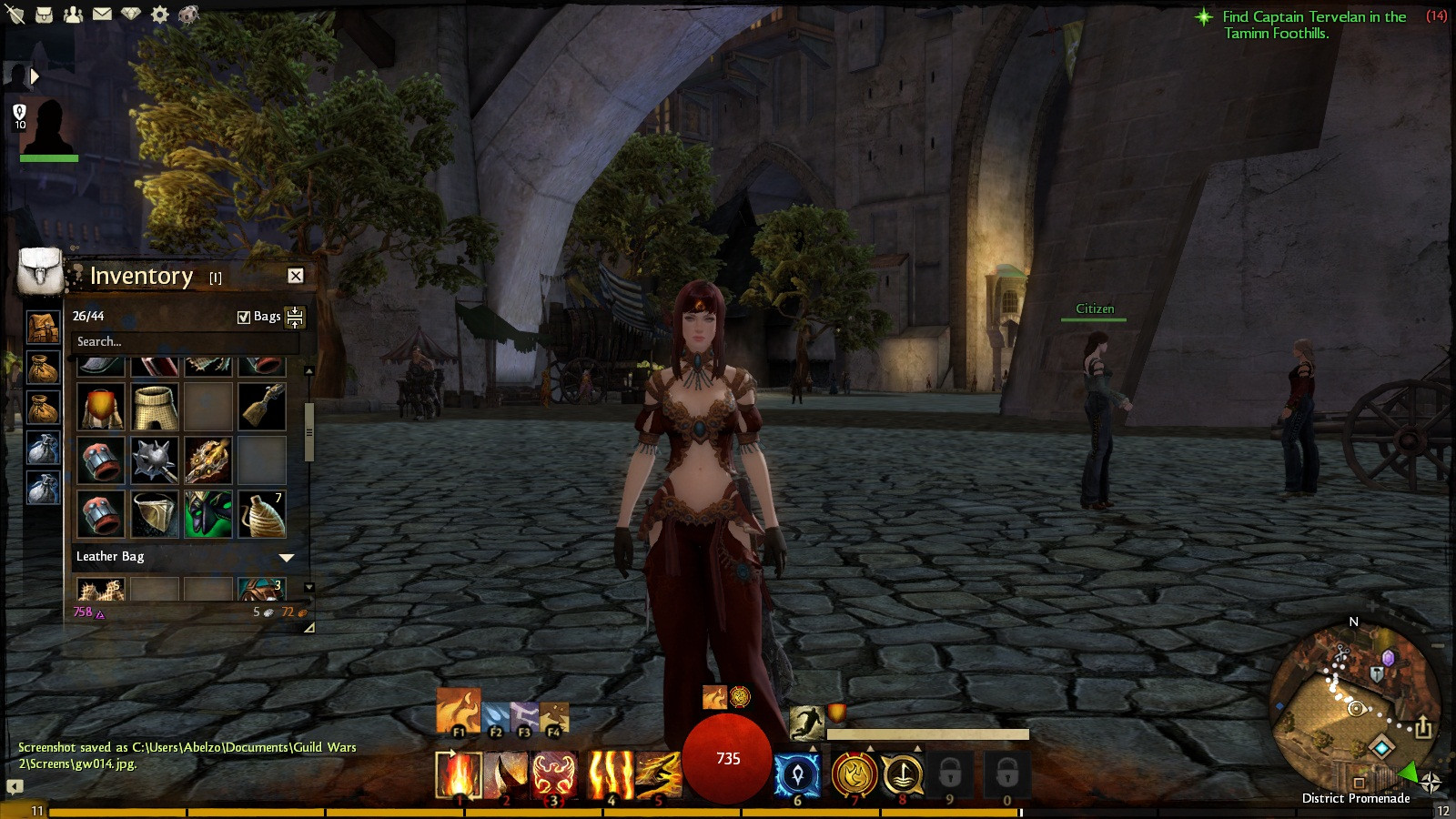 This is the first set of tailored armor I've made. Took me quite a while. 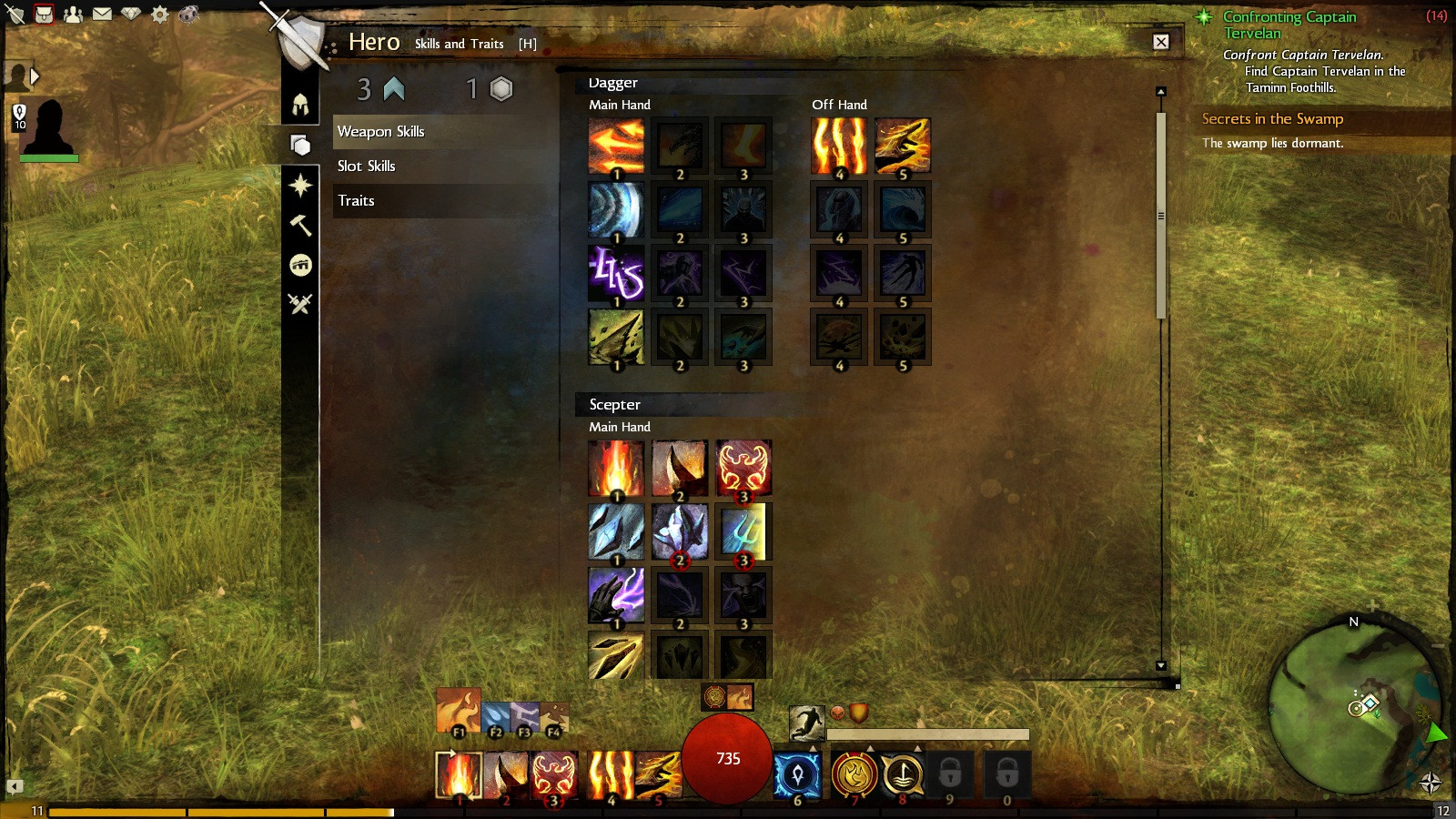 This is the weapon-based skills, there's several for each. This is just a couple. 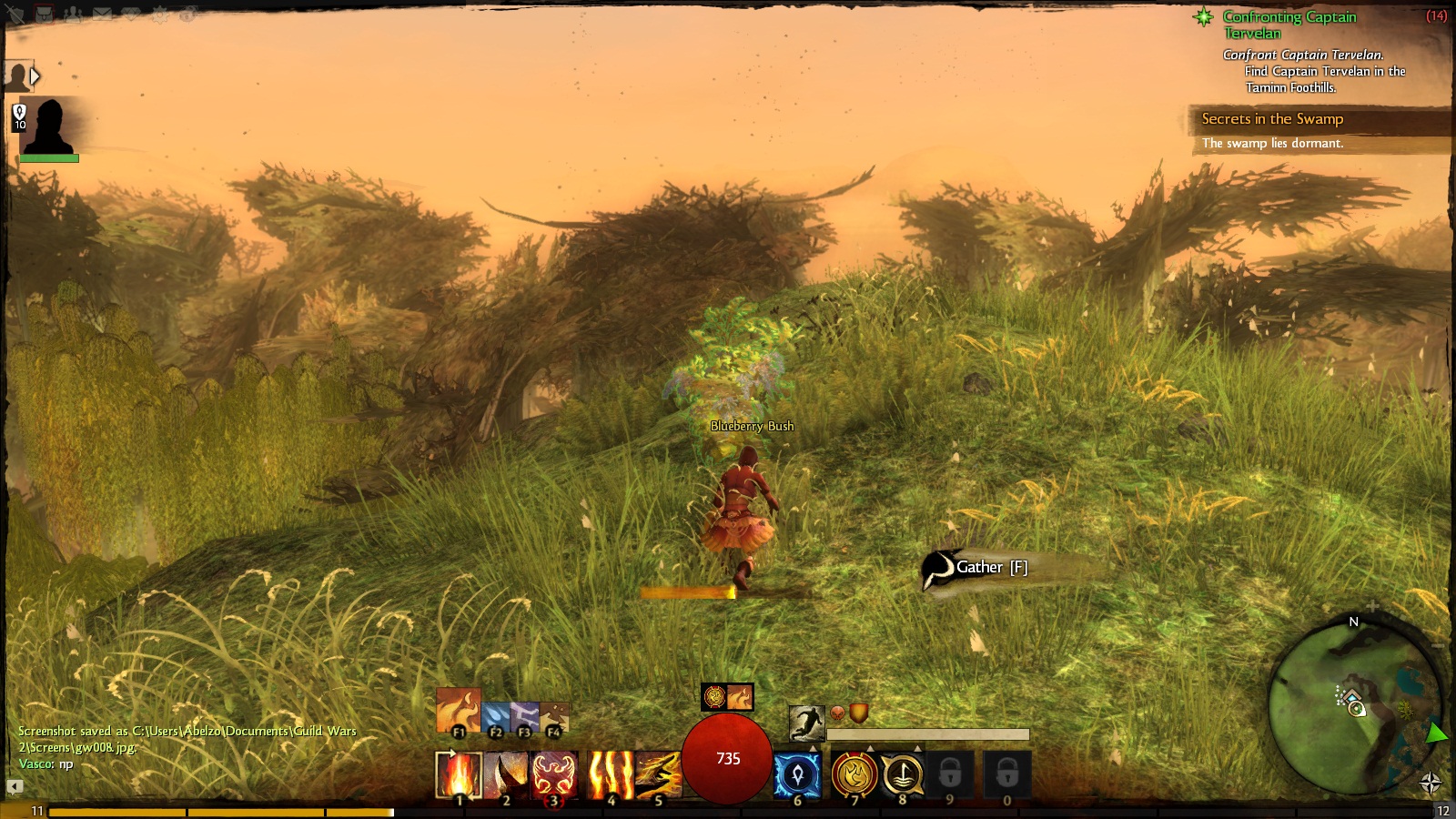 This is an example of foraging. It's a system that is pretty unique, I enjoy it. 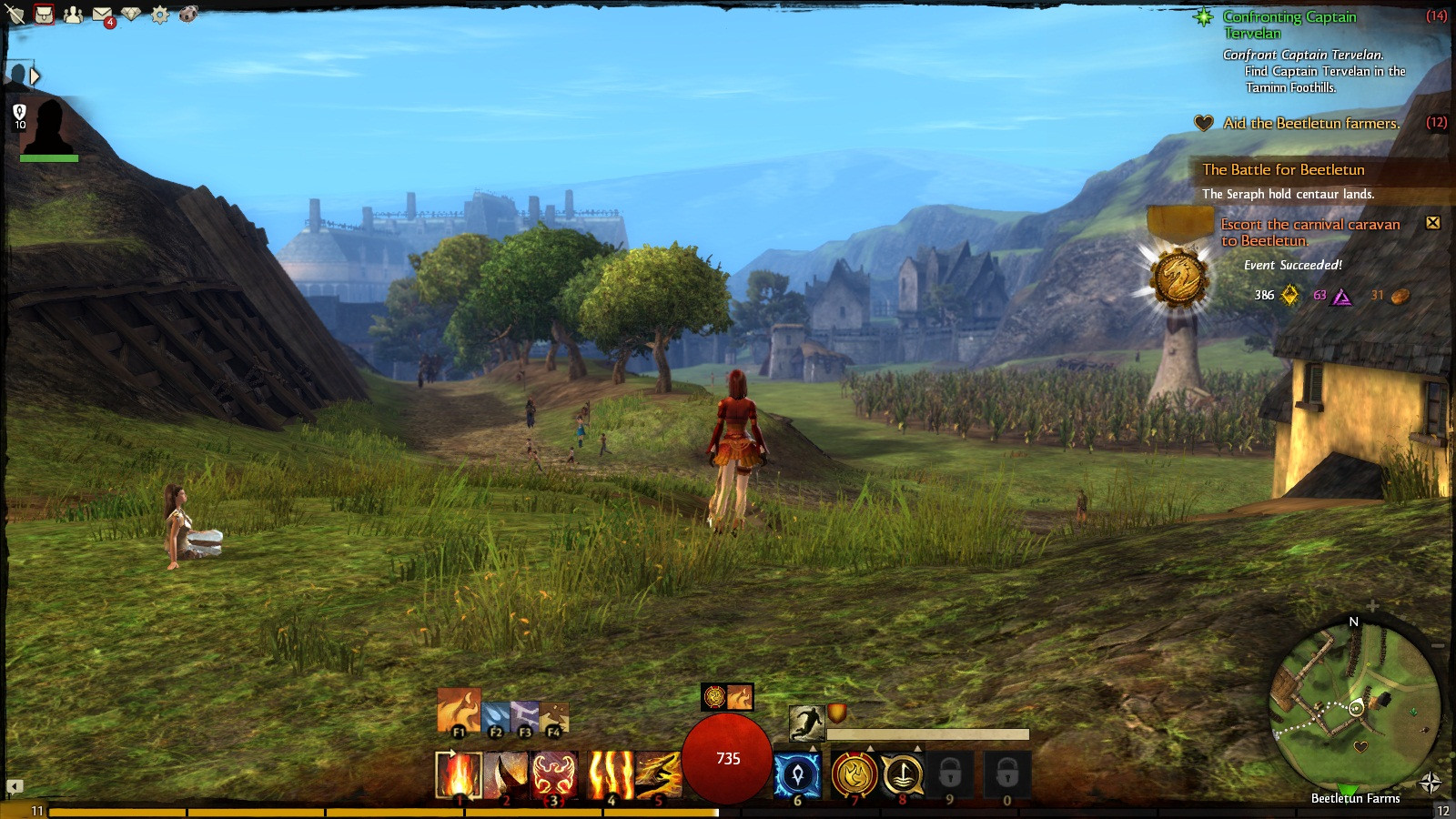 This is just a picture of the lovely scenery. ^.^ The locals are even enjoying it.