I need more internet points, so I'm selling out and teasing some more.
The power of configuration demands this one be longer.
I hope you enjoy blunt force objects.

Dayum, keep it up buddy 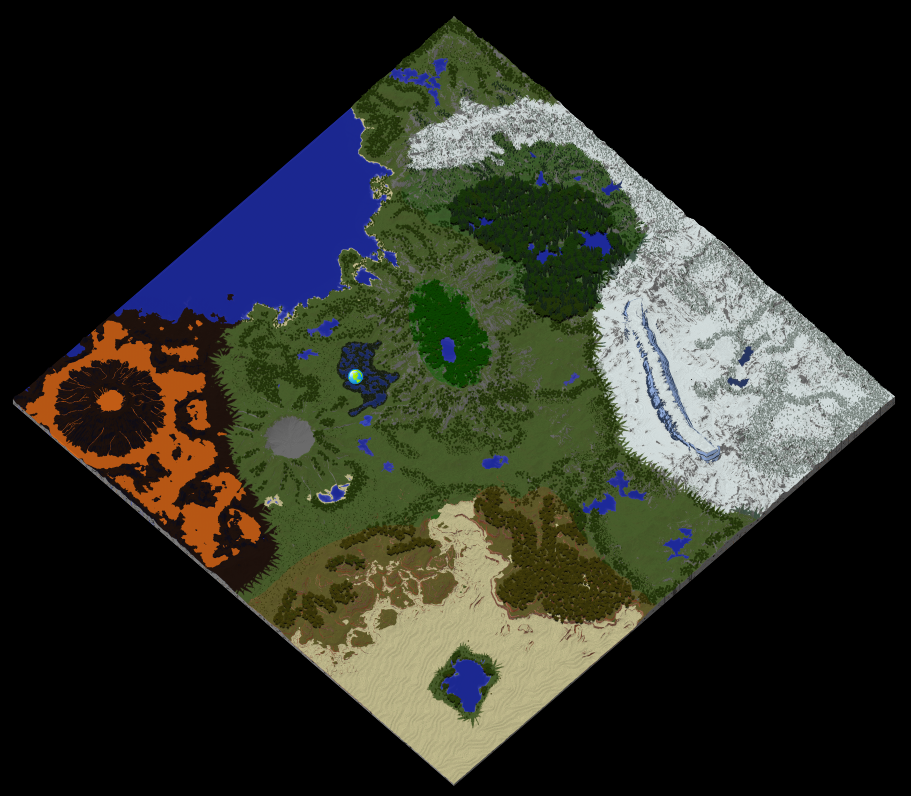 Runestone Update:
(Some of this may change before we release) 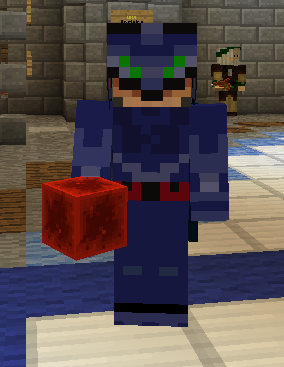 How do I use it?
All users will now be able to obtain Runestones created by Scribes! Runestones are magical blocks that have been imbued with a location from the scribe. Simply hold a runestone in your hand and use the recall magic (/skill recall) to teleport to that runestone's location.


Can I recharge them?
Runestones come in various tiers that have different charge amounts. The higher the tier of the runestone, the more charges it has before it needs to be recharged by the Scribe with the /skill rechargerunes ability.


Can I add notes to it?
The scribe also has the ability to imbue a custom-note to the runestone to signify the location that has been set for either themselves or the user wanting the runestone created.


I'm a scribe, how do I make them?
Simple! When holding the a redstoneblock, you'll need to use /skill MinorRunestone (or whatever tier you have at your level) to mark your location onto the Runestone. Remember this process takes special reagents and cannot be reversed!


Using this thread as a singular location to post screens and things we've been working on, hope you enjoy!

Journal #1:
Armor durability has now passed testing, we are now throwing custom events in order to achieve what we want.
Unfortunately - overall armor durability will come down - but not by much.
In testing, I 'tanked' a pigzombie from 10,000 health down to 5,000 health before the armor broke. So Iron Armor was able to take 5000 dmg before it was unusable. In current server, I am able to take 9000 dmg from the same setup.
After we rolled out the new heroes health changes, armor was breaking in 2-3 hits. So this is a massive improvement.
Me testing new armor durability out. 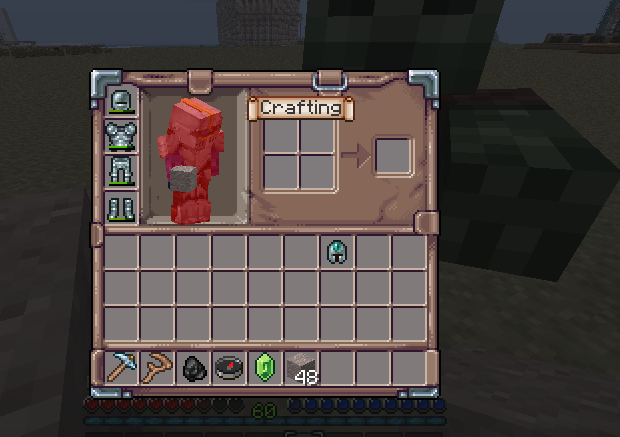 Journal #2:
We've now patched up the Enchantment system to work with Heroes - most to all enchants will now function with Heroes damage/health system
Below is a screenshot previewing the awesomeness!​ 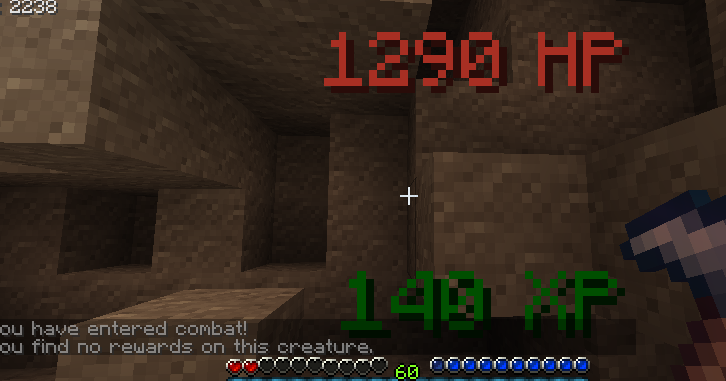 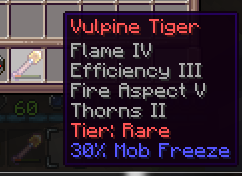 ​
Journal #4:
Initial testing of the karma system. The system now yields karma for PVP death/kills and logs them to a DB.

Journal #7:
We've been quite busy lately, gabizou and I have been hammering out more karma issues and we're starting work on modifiers. I've also had my hand at some world-creation things and wanted to post a screenie! 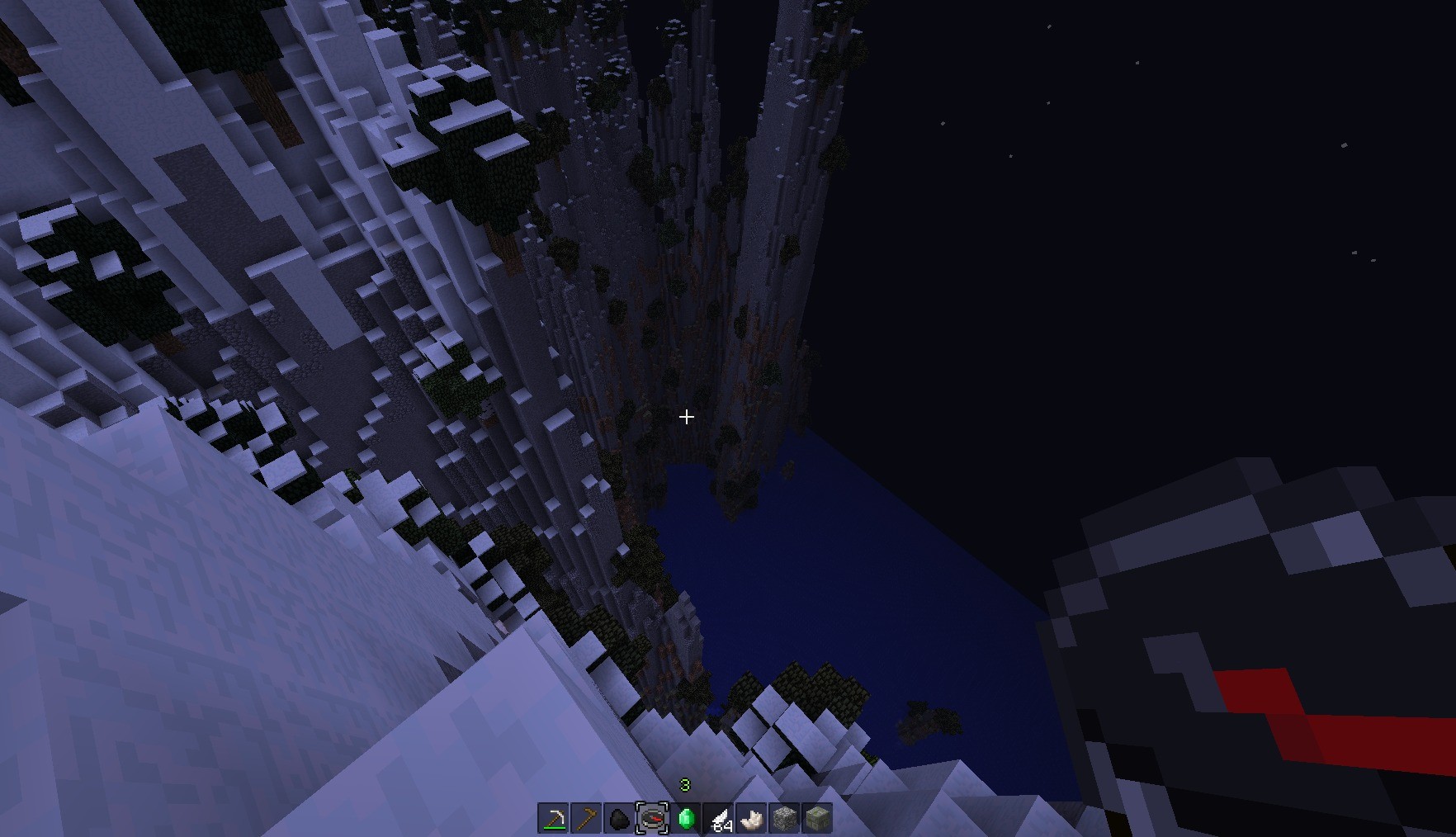 Jounal #8:
Monthly Voter Totals! Thanks to some awesome folks, I was able to push the votes to the MySQL database for votes and now I can run a query to see who's in the lead for this month! The next thing we're going to do is try and make the webserver pick up this and output it in live-stats for you guys to see. Below is the list since last night. I had to reset them from april 1st to now to make sure its easier to handle.

Journal #9
Small update for Karma titles.
Whenever you achieve a new karma rank - your in-game name will change as well as your title to the pre-set titles we have in the configs. Here's a snippet!

Journal #10:
Karma is in the final stages of testing. Today, we finished writing in the basics of the Karmic modifiers. They vary from PVP Coin Loss on PVP-Death to PVP Experience Gain on PVP-Kills. Right now we have some awesome base structure for Karma Modifiers such that we can apply modifiers for specific cases and it all works very well except when a player dies in an Arena (duels, DeathMatches, etc.). Right now, the only thing lacking is full HeroTitles implementation. This will be fixed in a matter of days

Journal #11
Karma FAQ's:
Karma will have modifiers, much like skills, you will gain at certain levels. These modifiers can be both positive and negative and will be applied when you reach a certain karma level.

What is a modifier?
A modifier is something that happens after death or a kill and it changes how normal gameplay is. For instance, a "more-exp loss" modifier, when attached, will cause the player who has the modifier to lose more exp on death. This would go to someone we'd like to call a murder or "PKer" (Player Killer)

Are all modifiers negative?
No, not all modifiers have negative traits associated with them. Some modifiers can be positive traits. The gain-more-pvp-exp modifier, when attached to the player, will gain more PVP-EXP when they kill players.

Will modifiers affect in-combat things?
No, modifiers will only affect out of combat or at-death settings. We're striving to ensure that we won't place a large importance or advantage on being high or low karma.

Can we opt out of this system?
No, this is the direction Herocraft RPG will be going, certain areas will have karma completely disabled however, namely in Arenas/Duels and WAR-like or "Chaotic" worlds.

When can we expect this system?
This has been in planning for over a year and development for around 3-5 months. It is coming soon but we cannot give any ETAs at this time.

Journal #12
So we've recruited a few more devs and thanks to the help of them, we're well under way for HeroBoss! 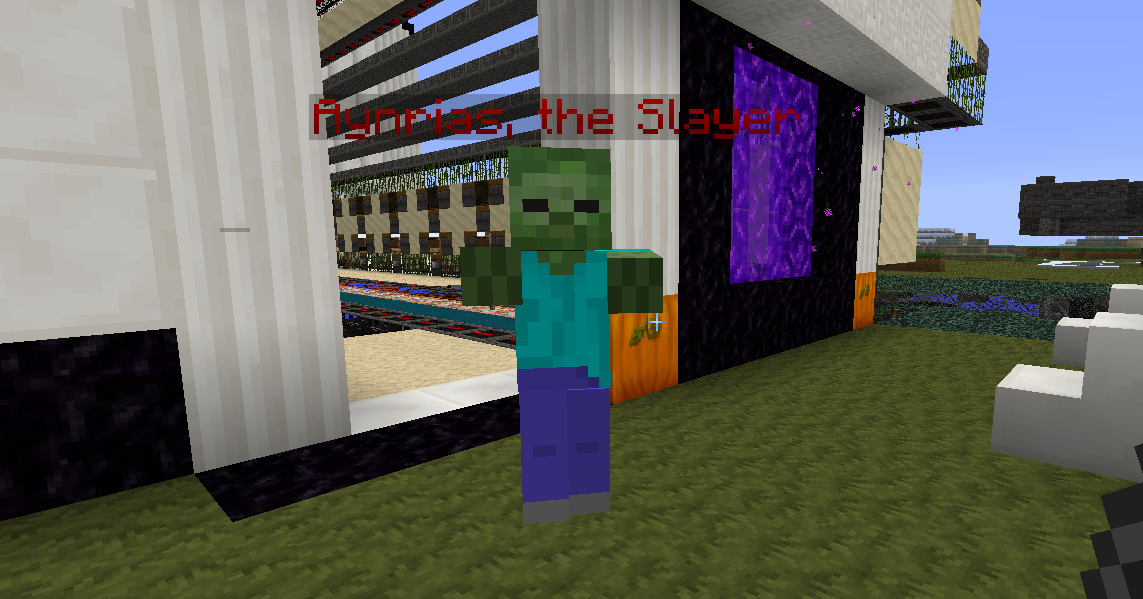 Journal #16:
We've been working on Herobook - thanks to NodinChan and 0xNaomi
All configuration / whatever done by me 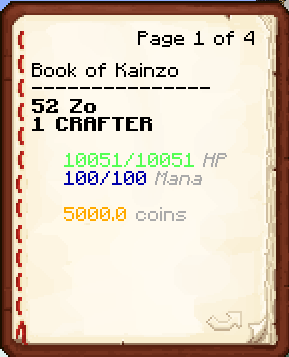 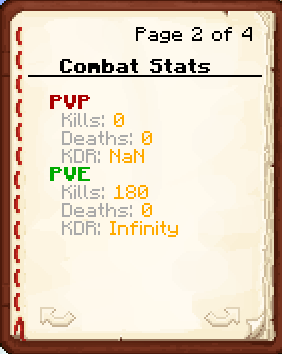 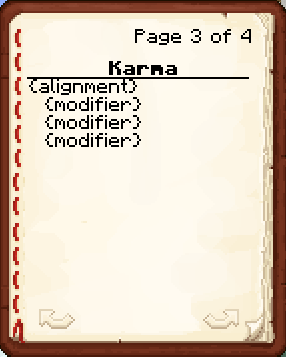 Journal #17:
We're preparing for a lobby for Herocraft, here's a small glimpse of the in-testing lobby 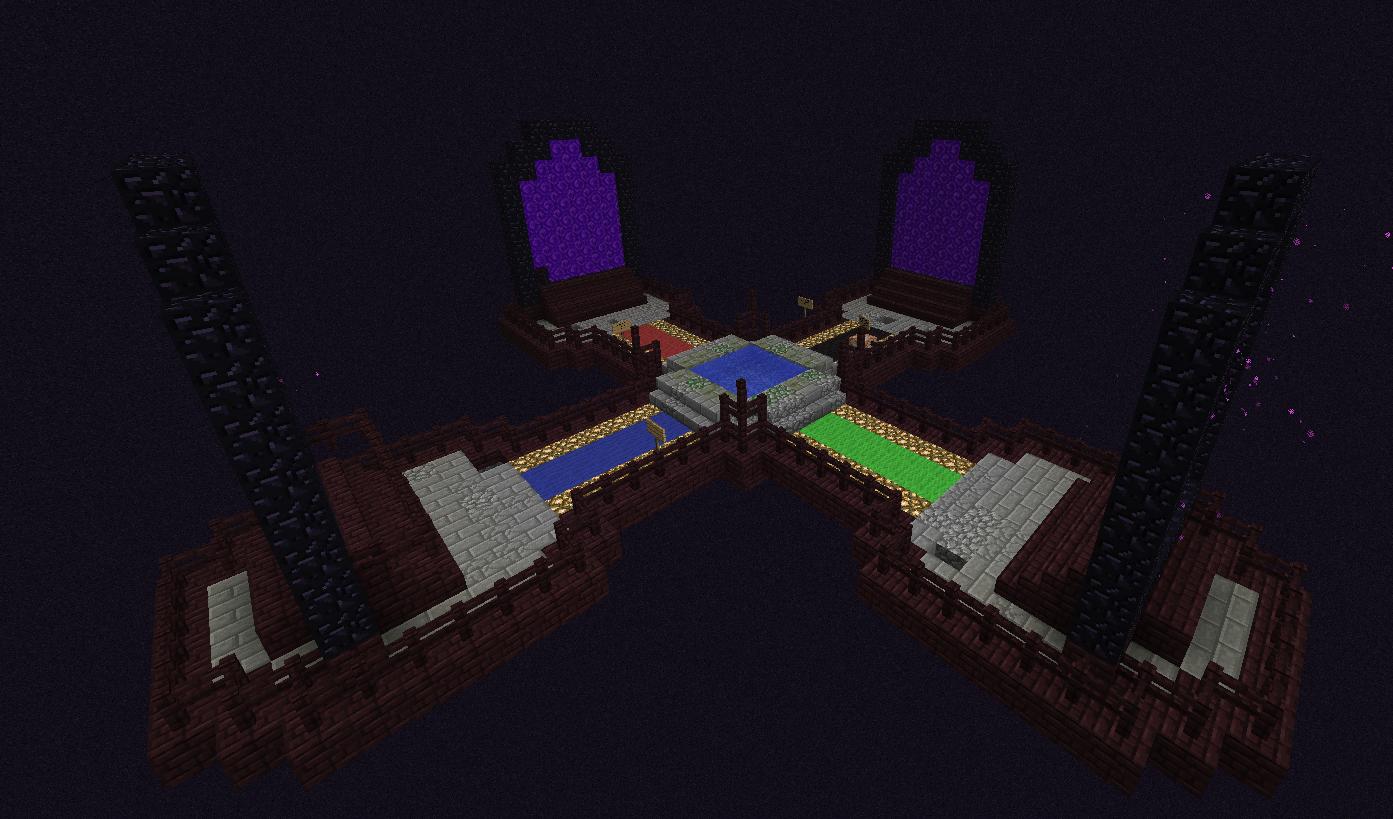 Journal #19:
We're working on adding Runestones to Herocraft for a secondary recall/mark system via professions!

Skill Runestones (Profession based)
Abilities to mark an item with the current location of the caster for later use and trade to others. These runestones will be used in conjunction with Skill Recall, the player will hold the runestone in hand and use /skill recall.

Journal Update #20:
Attempting to plan out stats with our new HeroStorage - this will be hitting our website hopefully soon! 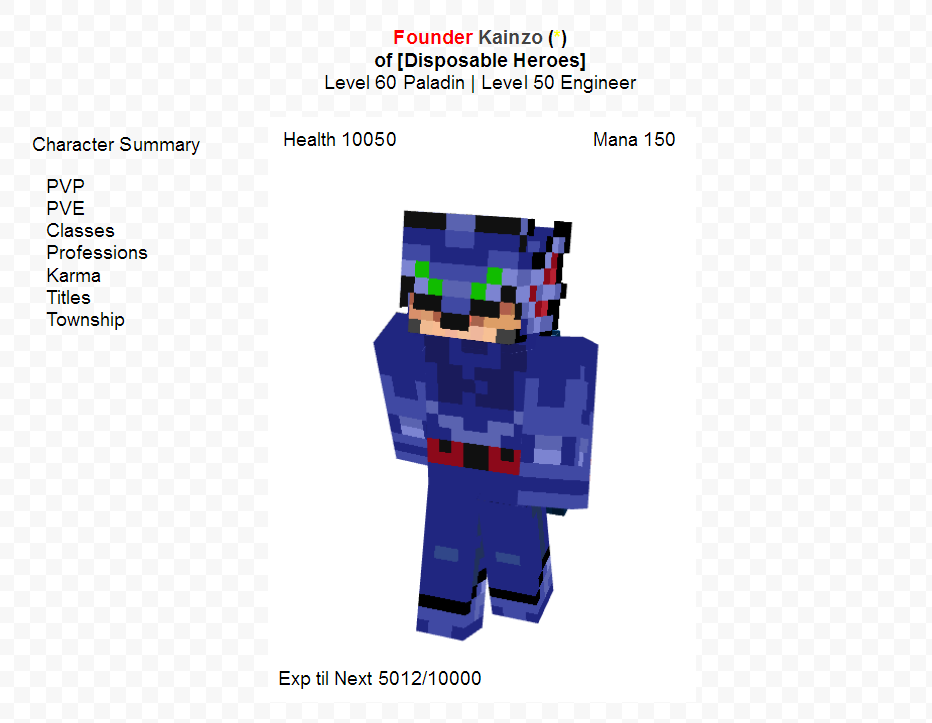 Creating the menus for attribute allocation! 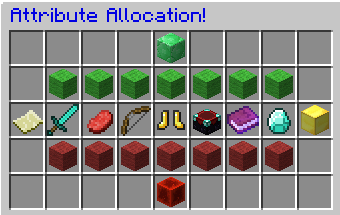 Use /attributes in game to see the menu in action!
Click to expand...
This map is definitely going to be lots of fun just like the other herocraft maps have been, can't wait for the release!