Journal #whatever:
Stayed up late with mung3r and got the boss name stuff sorted with Heroes, woo!

Journal ##
After much trial and tribulation, here is my final draft for the "adventure" map. It's still a bit rough 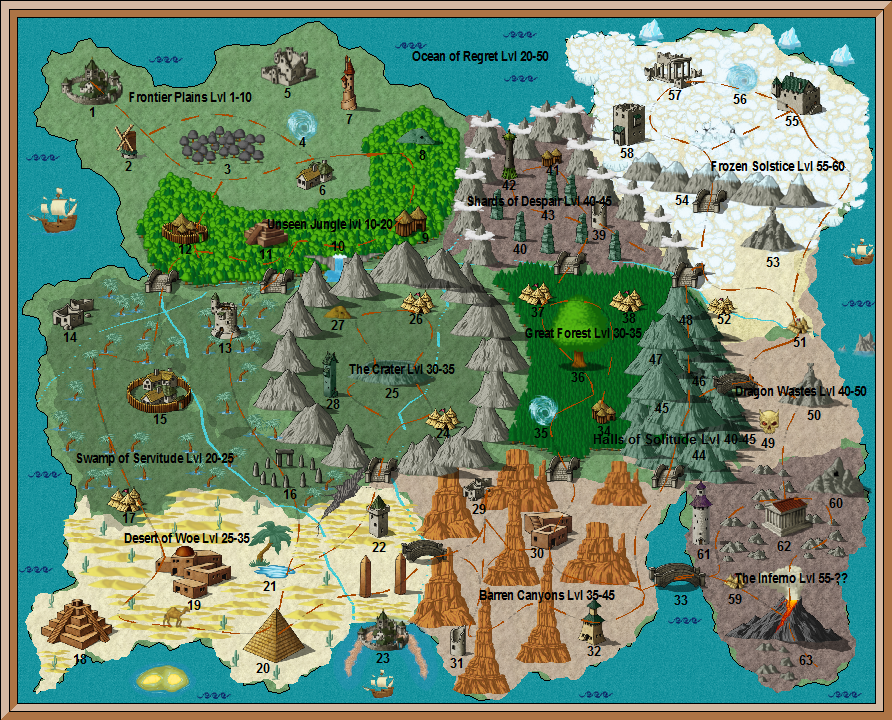 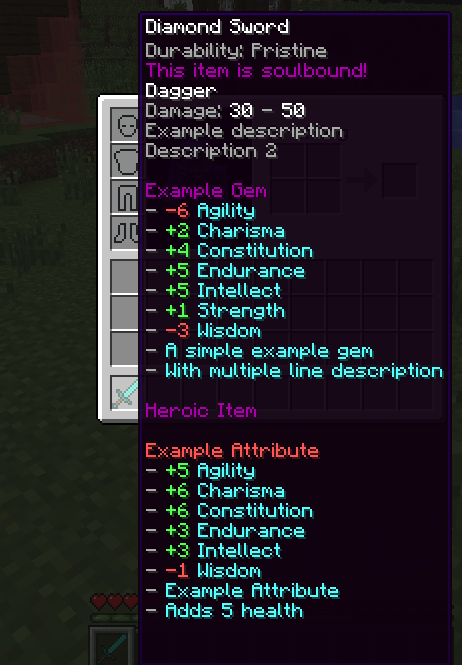 #Update whatever
Adding hotbars into Heroes with Magic plugin @NathanWolf

The map is underway! 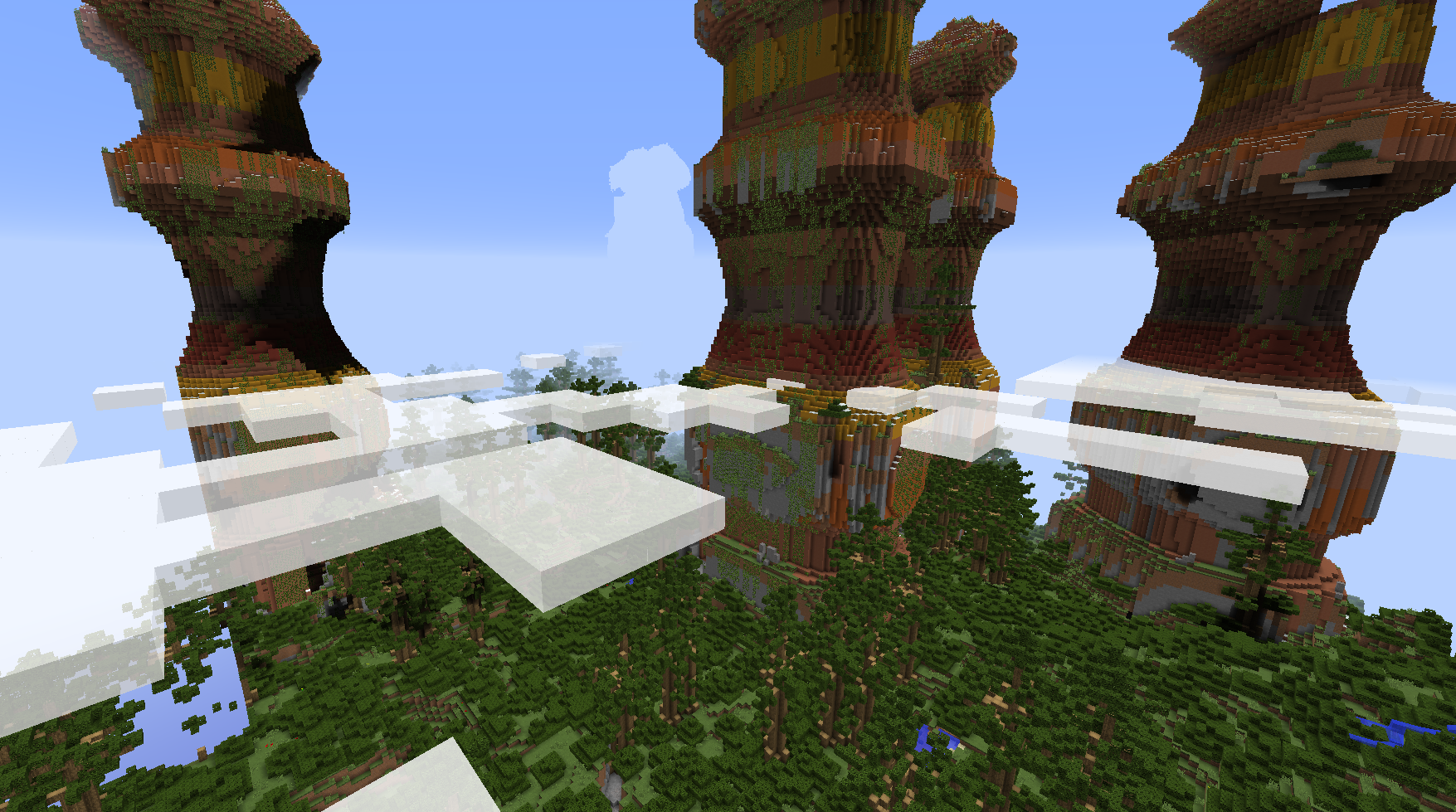 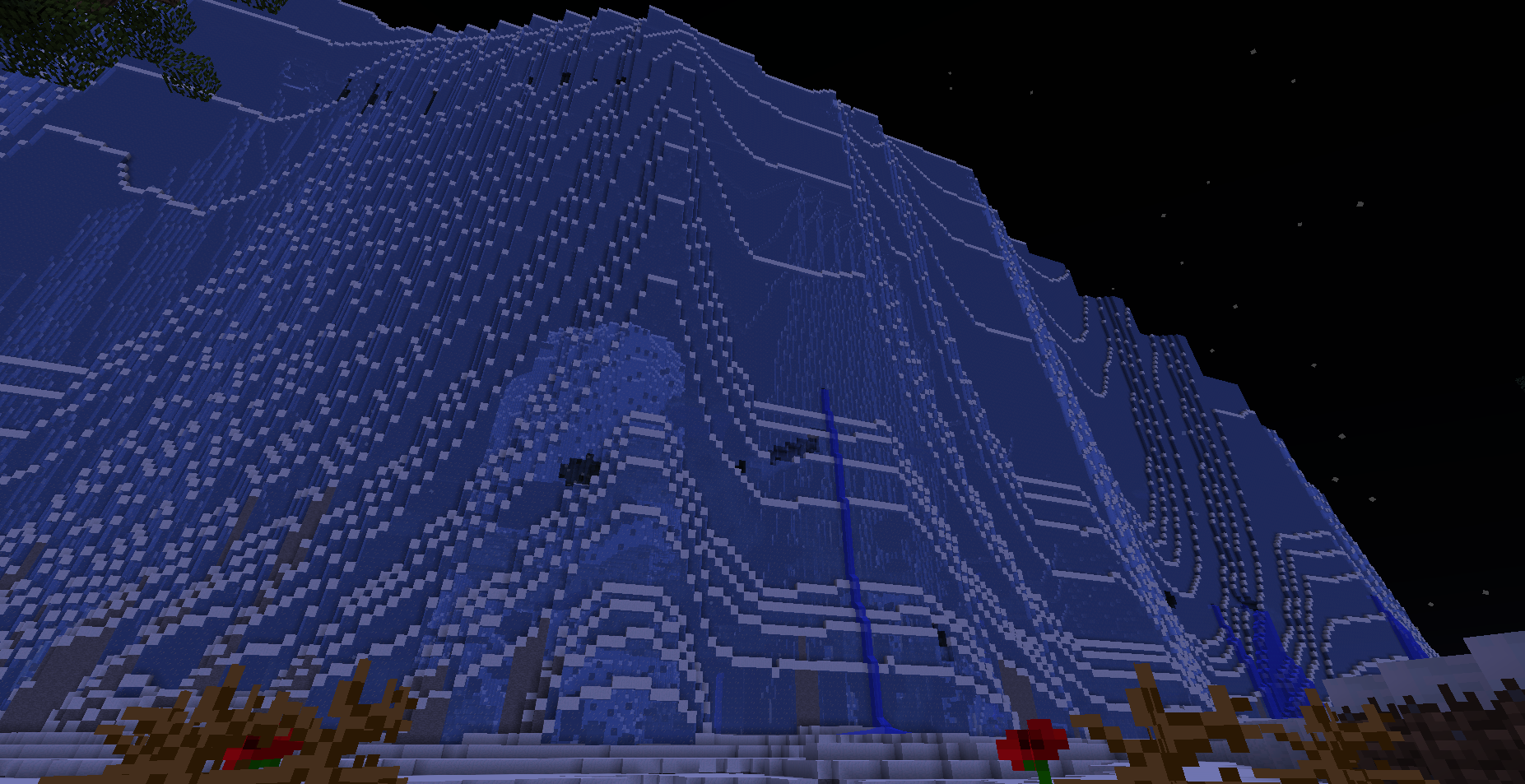 First rough draft of the mega-biomes in Adventure. 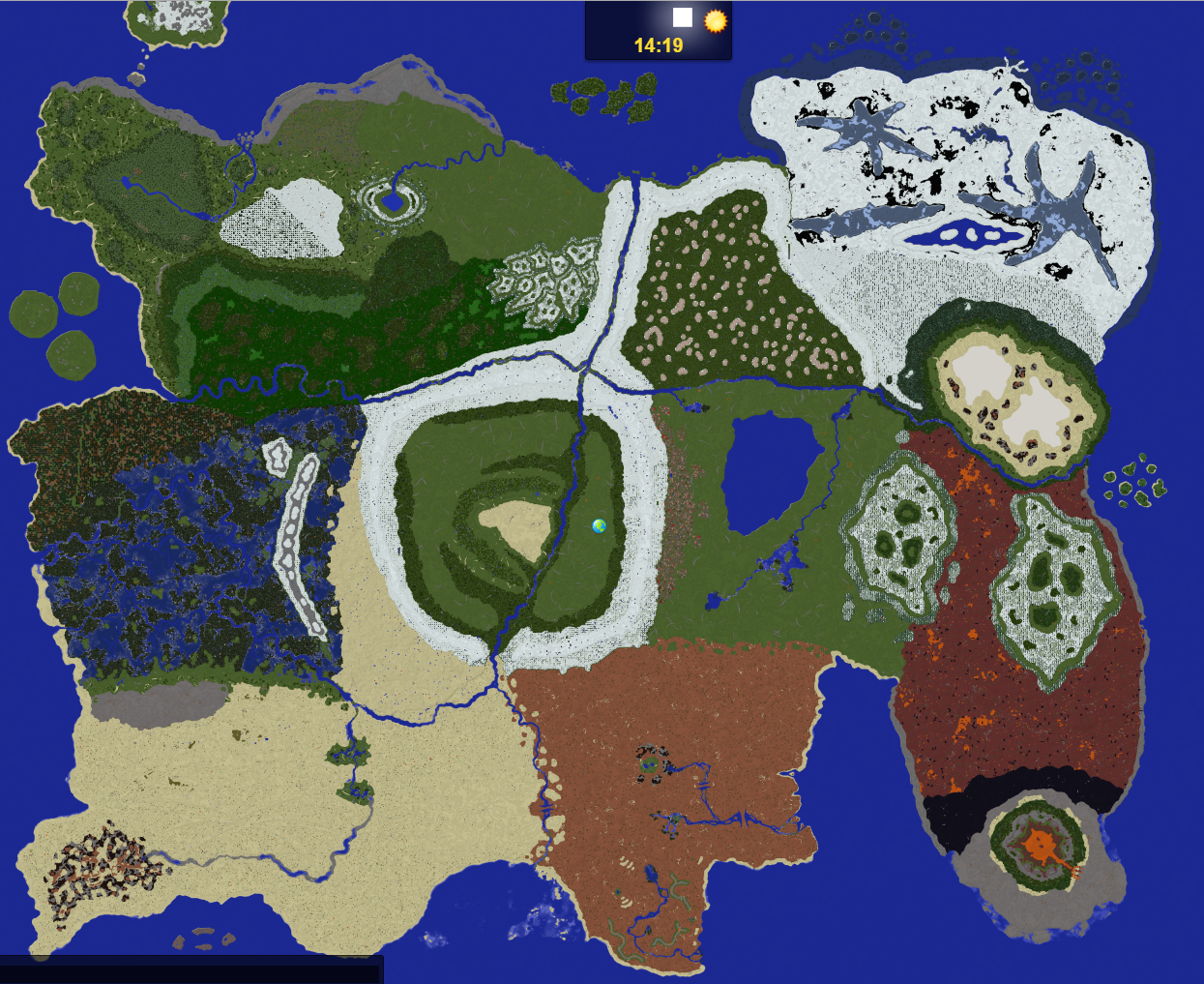 Kainzo said:
First rough draft of the mega-biomes in Adventure.

Click to expand...
= pain in the ass to pass around / through 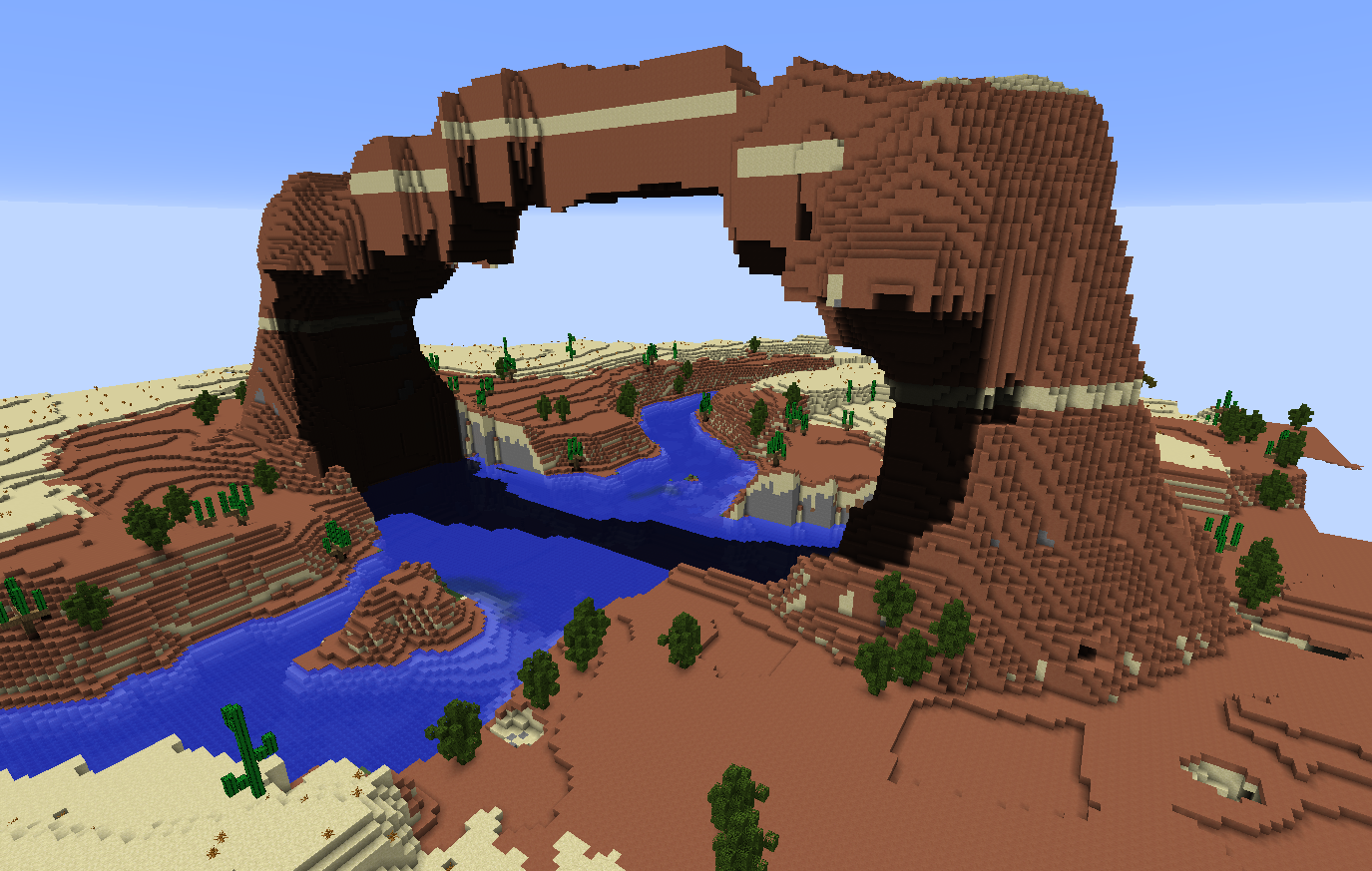 Location
a Hideout in Mt. Silver

I'm getting hype from this, thank you.

This all looks great Kainzo! Thank you for the all the Hard work you and the Devs are putting in

Terrain update:
We've spent a few weeks updating the terrain to better match the desired framework.
Here it is 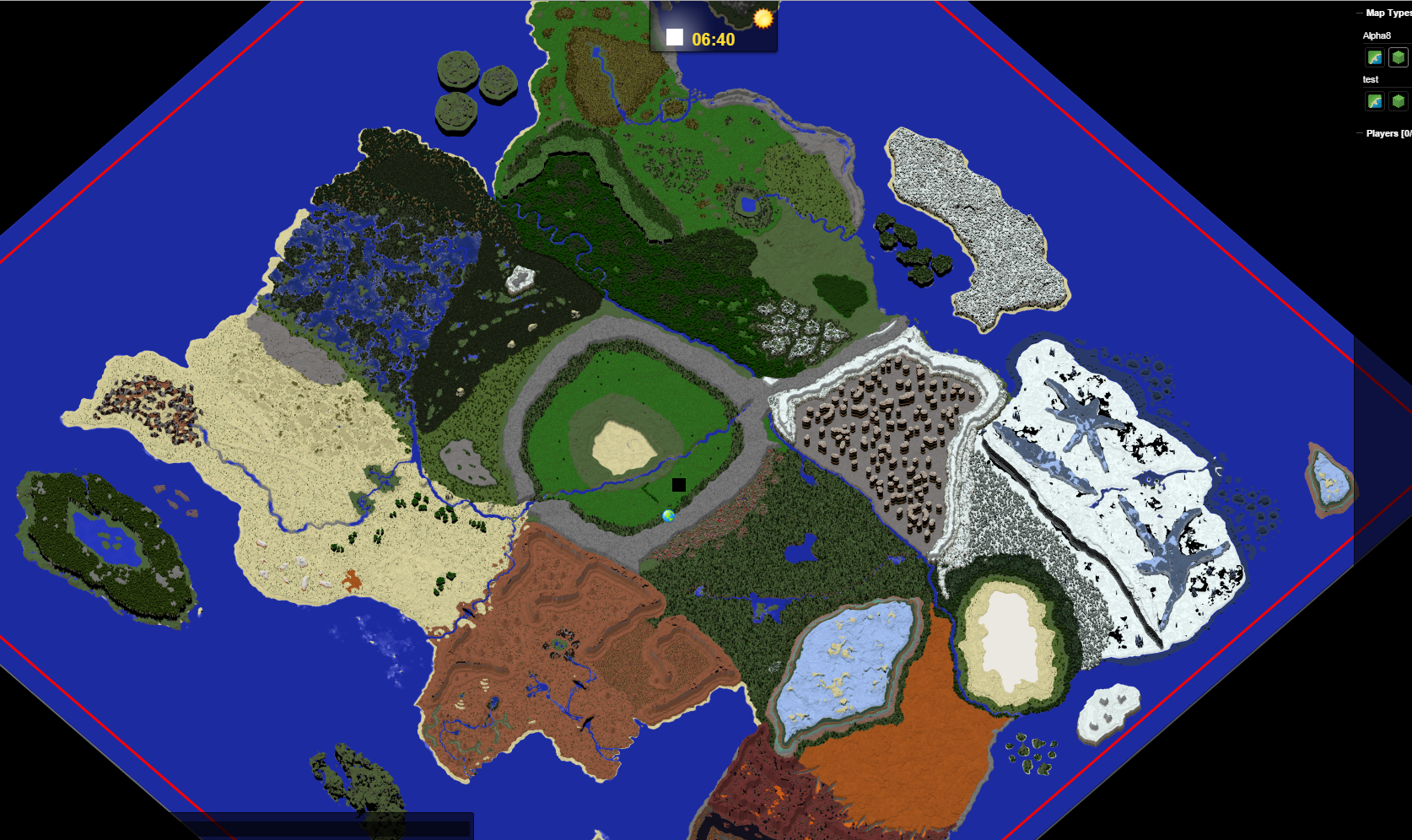 Out of curiosity, how is the pve and pvp side going to be set up on adventure map? will the higher level areas have pvp and the lower level areas have it disabled? are we going to be trying to level in areas and have to constantly watch our backs from being ganked? will there be a quest system added for decent but not the best gear you can get from say villager npcs that will sell you items for so much that you get from certain mobs? will the world be interactable or will it be like adventure mode and unable to manipulate anything like punching a tree? will you gain exp bonuses from leveling in areas close to your own level? i just realized i have a lot of questions and i apologize o.o

A little update from me working on the Tiers of mobs -- I went through all 6 of the tier types from test and begun massively expanding the functionality of the configs, we now actually have fully working mobs(and types) and skills for T1, as well as making much needed adjustments to the config's organization for simplicity.

8:06 AM<> Just finished re-write up of T1 skills, and re-write of T1 mobs & types, exp values, etc.
8:06 AM<> making QOL improvements in script for visual clarity
8:07 AM<> also; using T1 now as framework for the rest of T2-T6
8:07 AM<> shortened all names of everything to just "T1Warrior" "T1Strike"
8:07 AM<> no need for "Dungeon_Tier1_Warrior" and "Dungeon_Tier1_Warrior_Strike" as it's mob and skill names
8:08 AM<> reorganized entity health/damage/damage modifiers to match design document
8:08 AM<> reorganized KBR/Speed/Range values to match design document
8:09 AM<> added a weakness to demonic entities, poison now deals 1.20x base damage
8:09 AM<> changed up the mechanics of scout and rogue types, as well as established a baseline for all mob health and how to calculate their health differences between tiers.
8:09 AM<> IE: Baseline of 500 HP
8:10 AM<> Mage will get 1 x base hp
8:10 AM<> Warrior will get 1.10 x base hp
8:10 AM<> Archer will get 0.90 x base hp
8:10 AM<> Scout will get 0.95 x base hp
8:10 AM<> Rogue will get 1.05 x base hp
8:11 AM<> Healer will get 1.10 x base hp
8:11 AM<> Berserker will get 0.80 x base hp
8:11 AM<> Demonic will get 1.20 x base hp
8:11 AM<> That way, as I increase the baseline of any tier, I can properly scale all mob types within that tier.
8:12 AM<> Archer's tend to take more damage than a Scout, as well as fire more direct-damage skills
8:12 AM<> Scouts have a little more damage resistance than archers, and still shoot arrows like Archers albeit weaker. They also have a knockback or other melee skills if you get too close. They're weaker to magic and melee damage though.
8:13 AM<> Rogues have even more health, and go for melee attacks, but shoot ranged attacks occasionally, they'll also probably use bleed/dot like skills. They're weaker to magic and melee damage as well.
8:14 AM<> so these two mob types are a little more varied in their approach, and provide gaps to fill in mechanically speaking
8:14 AM<> Healer has been changed up quite a bit, while I left it's health the same
8:15 AM<> I did nerf it's damage down to mage levels in terms of melee, that said, they now heal ondamaged and attempt to heal other mobs onattack, this makes them a foe you will want to keep knocked back, and or crowd controlled, or focused first.
8:15 AM<> The heal is not major, and has a cooldown, the AOE heal on attack has no cooldown but is a low chance to proc, as well as a low/weak heal.
8:15 AM<> Berserker hasn't changed much
8:16 AM<> because berserker has low hp, I decided to play this with its strength by making it its weakness at the same time
8:16 AM<> Berserkers have the advantage of speed, and damage, however they will rush their targets and knock them away from them dealing moderate damage. (based on its auto attack damage, like the rest of the skills are)
8:17 AM<> This means berserkers will not as likely lock you into a corner and peel your face off, as long as you kite them around, or lock them down, they have lower KBR than warriors. (light unit vs heavy unit)
8:17 AM<> Demonic has changed as well
8:18 AM<> Demonic now use a curse on attack with a long duration, that reduces entity damage for 5 seconds. This curse is applied to its main target only and has a 10% chance on attack of applying. If cursed you should get out of range to reduce the damage you take and wait for it to fall off. It reduces damage dealt by 20% for 5s.

It should be noted, these are just changes for Tier 1 mobs/skills within the framework, Tier 2 and so on may use different or similar skills, or simply have more skills.

I will also have to write up Elite versions of these mob types, with high values, and greater rewards. Then later in the tiers will we introduce bosses and super bosses. These will be unique mob types with their own strengths and weaknesses, as well as variety of skills, summons, and other mechanics we can try to fit in.

It should be noted previously to this we only had 3 mob types, warrior, mage, archer. We now have framework completed for all 8 mob types (currently, we may expand on this later.)

AngelicGrim said:
Out of curiosity, how is the pve and pvp side going to be set up on adventure map?
Click to expand...
PVE will be the majority of this new server content, that said, there will be a lot of PVP content as well. We are planning to have PVP battlegrounds and PVP zones for endgame content and progression.

AngelicGrim said:
are we going to be trying to level in areas and have to constantly watch our backs from being ganked?
Click to expand...
There will generally be two routes to progress in Adventure, the PVE route, and later through midgame there will or should open up an opportunity to level through PVP, however it will be supplementary to PVE progression. You will want to quest and finish the zones.

AngelicGrim said:
will there be a quest system added for decent but not the best gear you can get from say villager npcs that will sell you items for so much that you get from certain mobs?
Click to expand...
This is a very complex question, yes there will be a quest system, will it give you the best gear? maybe, depending on what type of quest it is, we may have quests in that are to craft very powerful items from various boss drops, we just don't know yet. Villager NPC's are a survival thing, you will be interacting with NPC's on adventure that look more like unique entities or players. These NPC's will be things like General Goods, Smiths, Innkeepers, Bakers, Trade Goods, amongst many, many planned other vendors and Custom NPC types.

AngelicGrim said:
will the world be interactable or will it be like adventure mode and unable to manipulate anything like punching a tree?
Click to expand...
We will have resource nodes, but as the name suggests, this will be Adventure mode, there will be very little to zero interaction with regards to building your own town, and going mining will be vastly different. It will not be similar to Survival in many ways in regards to this. The entire experience is based around a more modern approach to MMORPG's. You will still go spelunking in caves and around mountains and hills for ore as a Miner, but you won't be digging through 1x2 shafts at bedrock. You will be looking for open world ore nodes and gather them with tools by right click on them (and using durability of that tool/custom item.) EDIT: The same will go for many of the professions, and will require a probable stripping out, reworking of, and rethink of how we approach them mechanically for Adventure.

AngelicGrim said:
will you gain exp bonuses from leveling in areas close to your own level?
Click to expand...
We are planning to either do two things; scale mobs so ridiculously that you get hit like a brick for going into high level zones, and/or making it where you get a higher % of the mob exp if you're in the proper areas. Both of these require very careful tuning and possibly new heroes code, so we're not sure yet. The answer right now is no, and we intend to deal with it in other ways currently.
Last edited: Sep 26, 2015